This upcoming weekend is considered a very important Haitian voodoo holiday. While American Halloween is iconized by trick or treating, Haiti lives out the reality of what that represents. On November 1 and 2, voodoo practitioners go to cemeteries and gravesites to pray to spirits, offer food, light candles, and dance through the night. During these days, celebrations are conducted in the voodoo tradition, in which people honor Baron Samedi, the god of the dead, and his offspring, Gede. These celebrations are called Fête Gédé. During these ceremonies, people seek to be possessed by these voodoo gods as they honor the dead. It is not uncommon for people to leave a church service and head to the graveyard to participate in these festivities. Unfortunately, there is a lot of syncretism (mixing of religions) involved with voodoo, particularly with Catholicism. The Catholic tradition of praying for the souls of those in purgatory finds a home amidst the voodoo festivities honoring the dead. Many Haitians would say that while Catholicism and Protestantism were brought in, it is voodoo that is their own and connects them in a common identity. Pray with us and for us, as this tends to be a rather tumultuous time in Haiti.

I was invited a month ago to an evangelistic crusade that began this last Sunday, leading right up to

this weekend, in the face of the upcoming holiday. I was asked to participate on the opening night by offering a prayer towards the beginning of the program. The event itself is hosted on private property – not in a church, but in someone’s walled-in yard of pretty good size. The gate to the property was open, so that people can wander in as they pass by. In the yard, they have built a stage, standing about 4 feet high. Next to the stage are huge speakers that get cranked up so that all in the neighborhood and probably in the next one over can hear what’s going on. Some benches were brought in from nearby churches for people to sit on. Others bring in personal chairs. Many others just stand during the entire service. I got there prior to the start, so that I could pray with the leadership and staff of the event for God to use the efforts to draw people to Himself and that He would have His way with the service that evening. Little did I know what that would mean for me. The band played a worship song to start off and had me pray afterwards. As I walked off the stage, I planned on leaving in the middle of the service, to try and get home before it got too dark. About fifteen minutes before that, I got a call from a friend, saying that he was trying to get to the crusade, but couldn’t find a ride. So, I left to pick him up and brought him to the service. When I returned, they were still going strong, singing worship songs. It was already about when I had planned to leave. At this point, the one who organized the event came up to me and said the speaker they had scheduled for that evening had not shown up. So, he asked me if the speaker didn’t show up in 10 minutes, if I could give the message. Talk about being put on the spot! 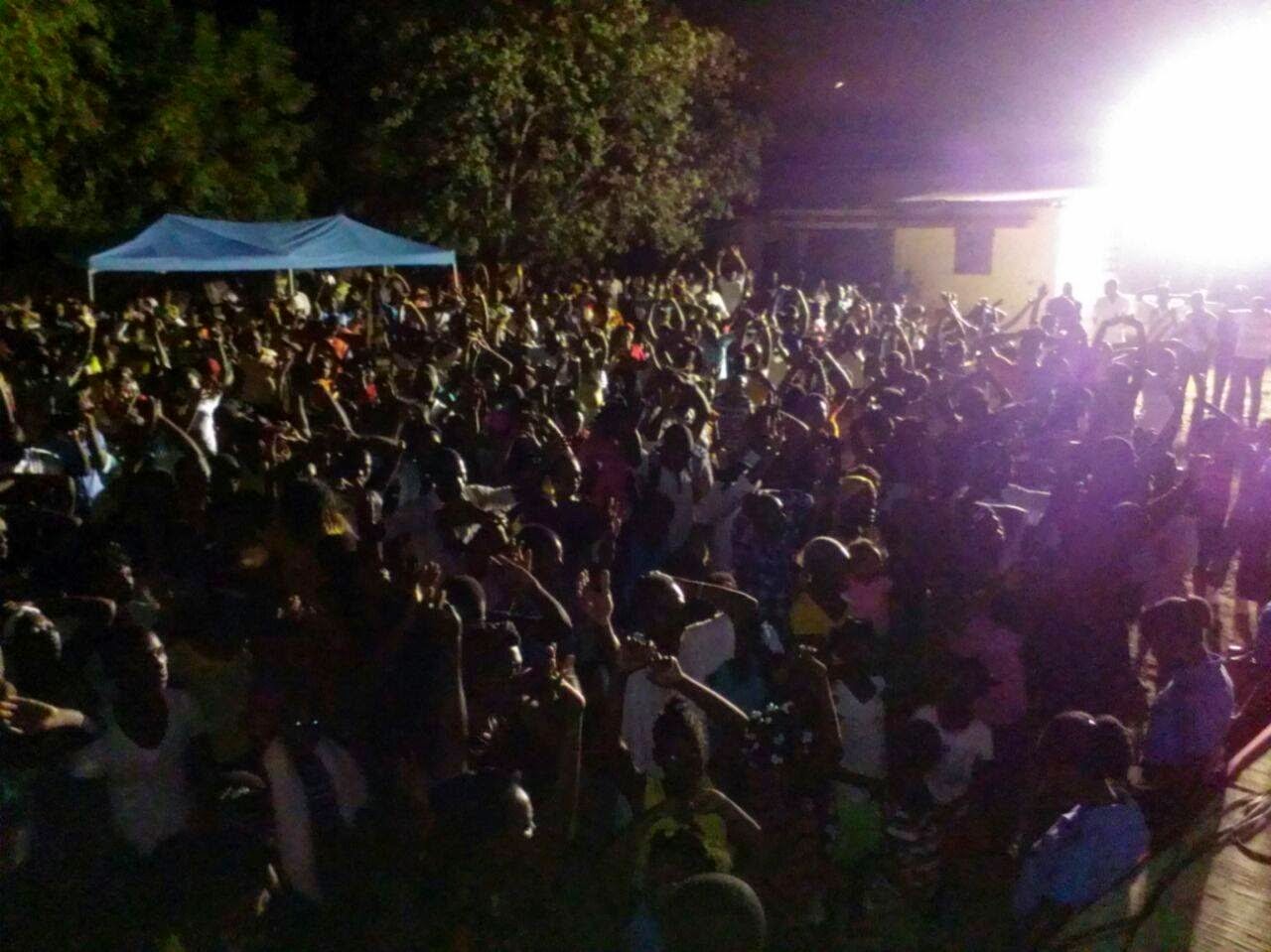 Fifteen minutes later, they hand me the microphone and I began giving the simple gospel message for those that were gathered there that evening. I was completely surprised that for such a large crowd, it was quiet as they sat or stood, listening to the gospel. I had no notes and no preparation, yet the words flowed as if I’d prepared all week. I was grateful for the evangelism experience a few weeks ago, going door to door in Village Casimir. I thank God for the experience of more than a year of preaching on Sundays and leading pastors’ conferences, teaching the Word. God had already prepared me for that night. At the end of the message, I prayed for the people and there were those that prayed to receive Christ that evening. It wasn’t my doing – I just happened to be in the place God wanted me to be that night; He changed my plans and used me to do as He willed all along. To Him be the glory!
Posted by Gami and Cathi Ortiz at 7:15 PM